If you’re heading to Iceland as a stopover between Europe and North America, or simply going for a long weekend away, unfortunately there may not be enough time to follow the ring road around the entire country. So instead, the smaller Golden Circle may be the perfect option for you. The famous route is possible to do in one day, yet still lets you take in loads of beautiful sights and attractions.

Plenty of tour companies offer coach trips around the Golden Circle, however I would recommend doing as we did and hiring a car instead. This gives you more flexibility to stop whenever you see something interesting and choose how long you spend at each place.

Starting at Reykjavik, we drove North East on Route 36 for just over half an hour to reach our first destination, Þingvellir National Park.

Thingvellir (meaning ‘Parliament Plains’) is the location where Iceland’s first parliament was established in 930 – the oldest existing parliament in the World. The legislative assembly, which was made up of the Law Speaker, 48 chieftains and their advisors, would gather at Löfberg (the Law Rock) to discuss the law and engage in court proceedings. The area was made a national park in 1930 to mark the 1,000th anniversary, and in 2o04 it also became a World Heritage Site.

Þingvellir National Park is located to the north of Lake Þingvallavatn, the largest natural lake in Iceland. The area has many unique geological and natural features which make it a beautiful place to visit. There are 5 main pay and display car parks which allow you easy access to the popular walking and sightseeing spots such as Öxarárfoss, the waterfall pictured below. 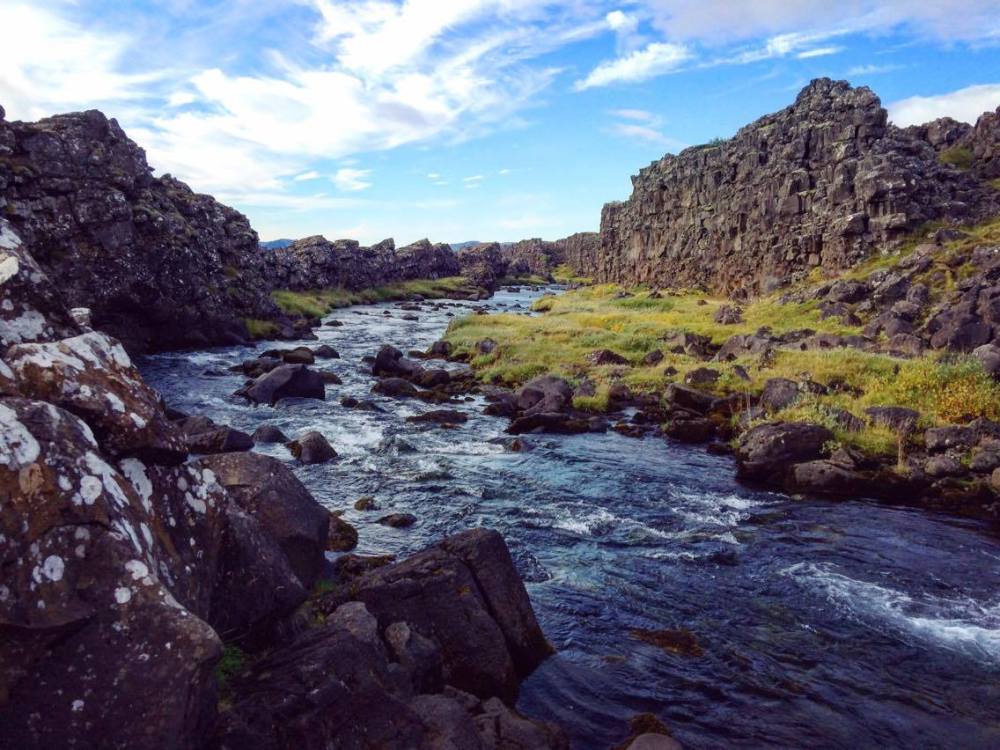 The park is also the location where the Eurasian and North American continental plates meet and are slowly moving away from each other creating a rift. Almannagjá is the largest fault line, and popular with tourists to take a walk down, whilst Silfra is another famous fission where you can snorkel and dive in the ice-cold water where the two continents meet. 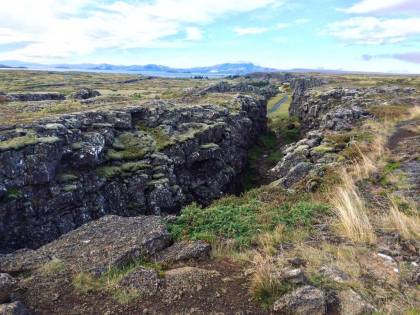 The next leg of our trip took just under an hour, starting on Route 365, swapping onto Route 37 then finally taking Route 35 to reach the Geysir hot spring area.

A geyser is a spring located near an active volcanic area which intermittently ejects a column of hot water and steam. This explosion happens due to underground water being heated to boiling point, usually by magma chamber near by, but cannot become steam because of the high pressure being so far underground, resulting in a sudden expansion and explosion of water and steam out of the top of the geyser.

Geysir, often referred to as the Great Geysir, was one of the first known springs of it’s type and is the source of the English word for the phenomenon, geyser. Unfortunately Geysir has stopped spouting water recently due to earthquakes disrupting the formation, however it’s neighbour Stroker still erupts regularly, pushing water 100 feet in the air around every 7 minutes. There are also several smaller springs in the area such as ‘Little Geysir’. 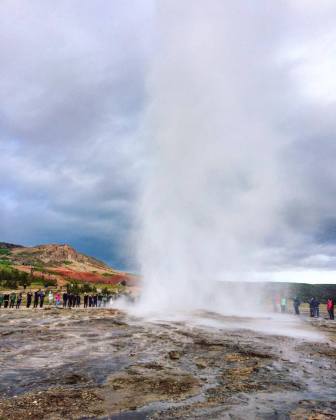 The newly built visitor centre is also a nice place to stop to grab a hot drink or some lunch, use the toilet, and learn some more about the geysers and the local area.

Just 10-15 minutes up Route 35 is the next stop on the Golden Circle, Gullfoss. The waterfall is slightly off of the main route which means going back on yourself to reach the rest of the sights.

Gullfoss is located at on the Hvítá river which is fed by Iceland’s second biggest glacier, the Langjökull. The fast moving water plummets down the waterfall in two stages, totalling 32 meters, into a 70 meter deep canyon. The steam created from the water means that a beautiful rainbow can often be seen over the falls.

If you’re not a massive fan of crowds, which your bound to discover at Gullfoss, you could head to Faxi Waterfall instead. Faxi is 10 minutes south of Geysir, or 20 minutes from Gullfoss on Route 35. When we arrived here mid-afternoon we were the only people other than a couple of locals fishing in the river. Despite being somewhat smaller than Gullfoss, Faxi is still a beautiful waterfall, and in a lovely area to take a quiet stroll or even enjoy a picnic. 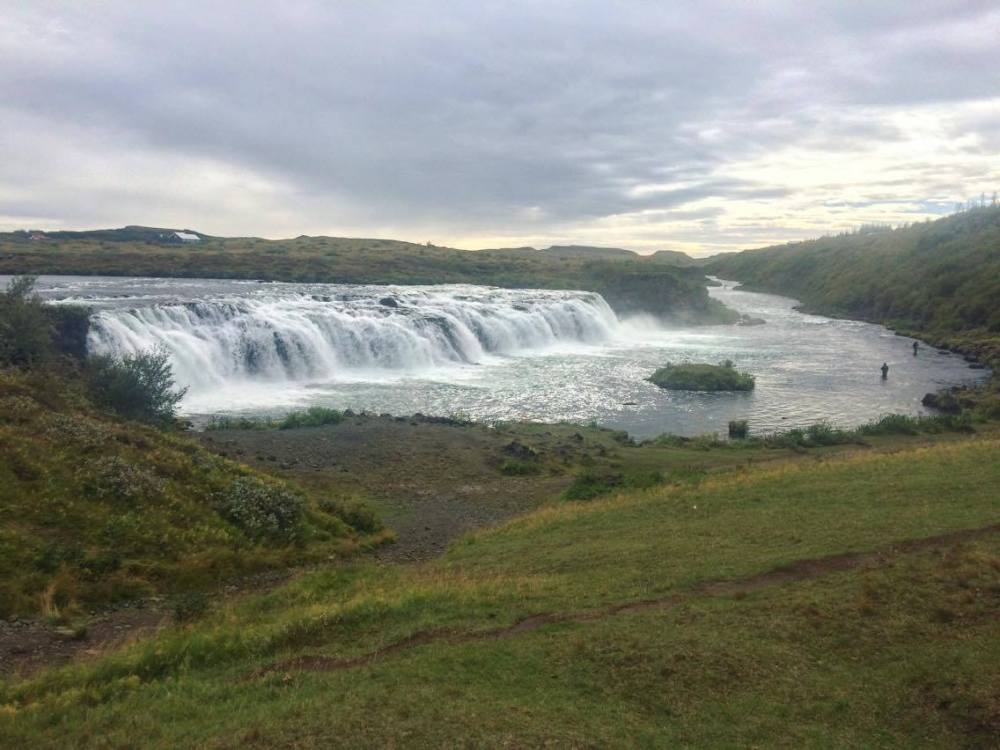 The final stop on our trip was Kerid Crater Lake, around half an hour south west from Faxi.

Kerið is a 55 meter deep volcanic crater. It is believed the crater was formed when the original volcano erupted and emptied it’s magma, resulting in the structure collapsing into an empty chamber, later filling with water.

Despite being a lesser known attraction on the Golden Circle, as well as having a small entrance fee of around £3 per adult to enter, I would definitely recommend adding Kerid to your tour. The red volcanic rock contrasted with the turquoise water is a truly beautiful sight (and a perfect picture opportunity). You can also walk right down to the water on one side and sit on a lone bench to enjoy the crater from a different viewpoint. 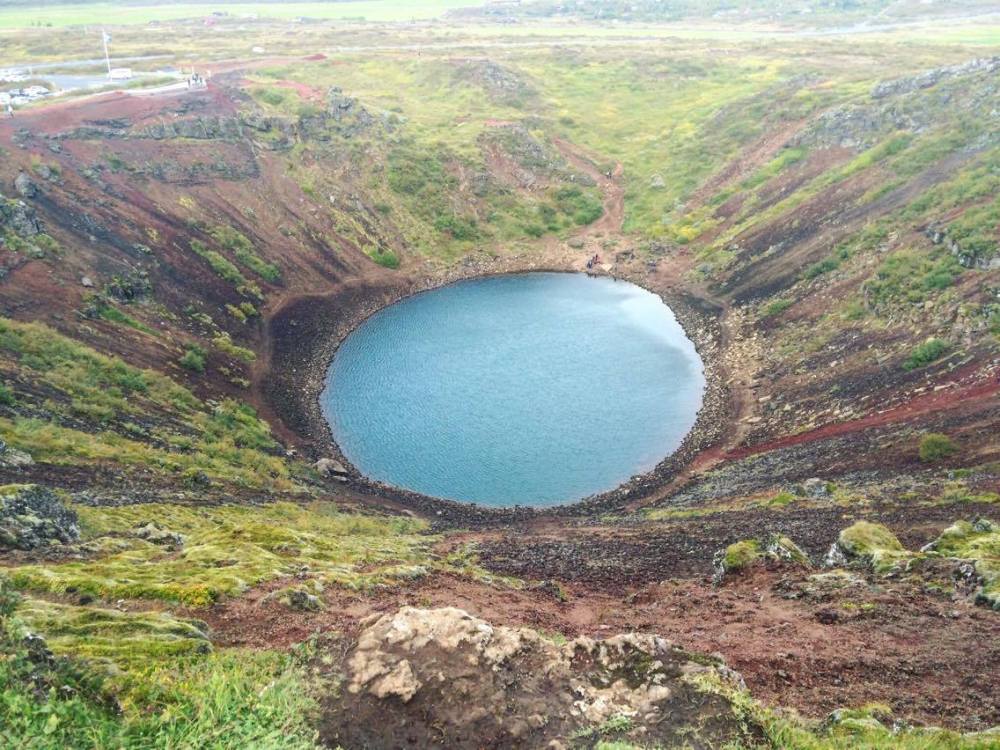 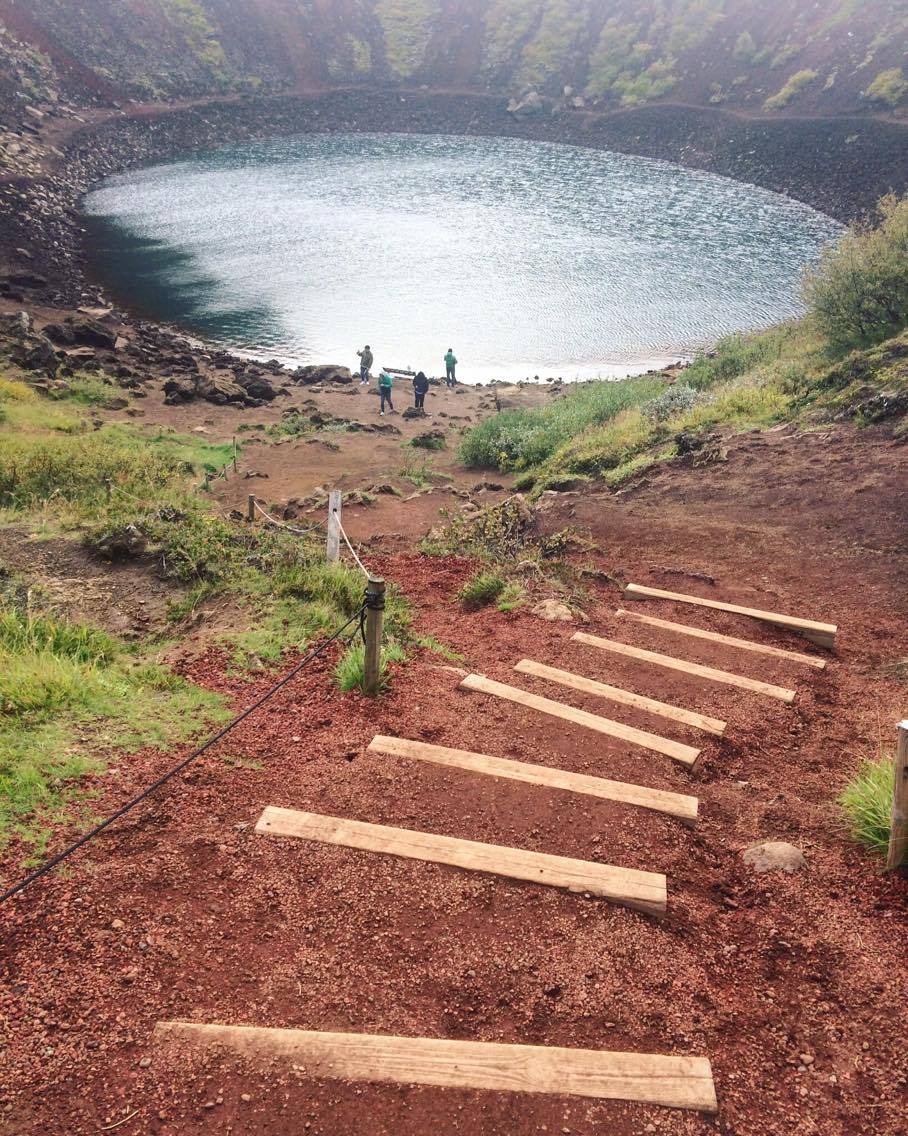 The Golden Circle took us around 8 hours to do, including all the stops and a couple of detours to explore some of the towns we passed on the way. The freedom and flexibility of a car definitely made the day more enjoyable in my option. With the music on, a few snacks and drinks, and the beautiful scenery passing you by, the long periods you spend in the car become a fun part of the experience.